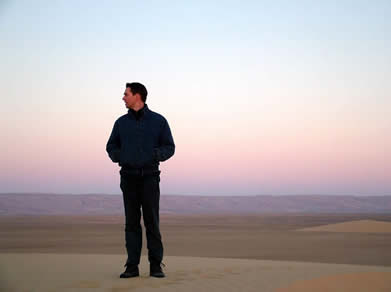 Toby Wilkinson first became interested in Egyptology at the age of five. He studied Egyptology at the University of Cambridge, graduating with a First Class Honours degree and winning the University’s Thomas Mulvey Prize. After completing his doctoral research at Christ’s College, Cambridge, he was elected to the college’s prestigious Lady Wallis Budge Junior Research Fellowship in Egyptology (previous holders of which include the eminent Egyptologists Harry Smith and Geoffrey Martin), which he held from 1993 to 1997.

Following two years as a Leverhulme Special Research Fellow at the University of Durham, Toby Wilkinson returned to Cambridge in 1999. He was a Fellow of Clare College, Cambridge from 2003 to 2017, and a Bye-Fellow from 2018 to 2022. From 2017 to 2020, Toby Wilkinson was Professor of Egyptology and Deputy Vice-Chancellor at the University of Lincoln, and from 2021 to 2022 Professor of History and Vice-Chancellor of the Fiji National University. Since May 2022 he is once again a Fellow of Clare College, Cambridge.

An acknowledged expert on ancient Egyptian civilisation and one of the leading Egyptologists of his generation, Toby Wilkinson has given lectures around the world and his international reputation has led to invitations to contribute to other major collaborative projects. He has excavated at the Egyptian sites of Buto and Memphis. He is a member of the editorial board of the Journal of Egyptian History and has broadcast on radio and television in the UK and abroad, including BBC’s Horizon and Channel 4’s Private Lives of the Pharaohs, and was the consultant for the BBC’s award-winning documentary on the building of the Great Pyramid. He is a Fellow of the Society of Antiquaries and of the Royal Historical Society.

His books include the critically acclaimed Early Dynastic Egypt (1999), Genesis of the Pharaohs (2003), The Thames & Hudson Dictionary of Ancient Egypt (2005), Lives of the Ancient Egyptians (2007), The Rise and Fall of Ancient Egypt (2010, winner of the Hessell-Tiltman Prize), The Nile (2014), Writings from Ancient Egypt (2016), (with Julian Platt) Aristocrats and Archaeologists (2017), and A World Beneath the Sands (2020), and he edited the encyclopedia The Egyptian World (2007). He lives in Suffolk and Yorkshire.